Inspired by one of the most inventive and prolific Disney artists and Imagineers, the John C. Hench Division of Animation and Digital Arts embraces diversity of genre, topics, culture and animation approaches. The program focuses on creative collaboration and critical thinking and attracts top students from around the world who aspire to be the next generation of filmmakers and storytellers.

A PLACE TO EXPLORE

We aim to maximize options and opportunities for students whether they aspire to work in the animation industry, pursue independent filmmaking, make animated documentaries, teach, do research or scientific visualization. Whether you’re interested in character animation, visual effects, experimental animation, immersive media, motion graphics, projection mapping or art installation, we teach our students how to be strong visual artists, good storytellers and creative problem solvers.

Click Here for information regarding our Visiting Scholars program. 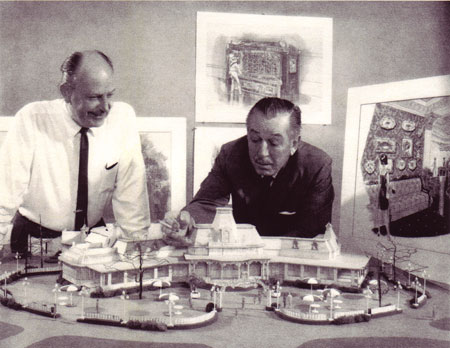 As an international and multi-cultural program, the John C. Hench Division of Animation and Digital Arts has incorporated into its curriculum a theoretical and critical approach to the development and research of digital art forms as well as an historical understanding of how traditional media, drawing, painting, sculpture, video and installation art have transposed or been incorporated into animation or art in motion.

We have constantly strived to merge new technologies with traditional practice and to encourage the study of the human form, organic media, and gesture as a way to explore complex ideas and emotions across a temporal medium. We truly believe the art form of animation developed as a way to reflect our own physical and mental evolutionary process.[1]

Alisdair Foster wrote in his paper Art in a Post-Newtonian Paradigm, “Art is the language of perception and science has delivered perception as the only reality” [2]

In this context animation has become the most pervasive art form of the 21st century and as Hench DADA’s founding chair stated, it is “the core language of most digital media today.” [3]